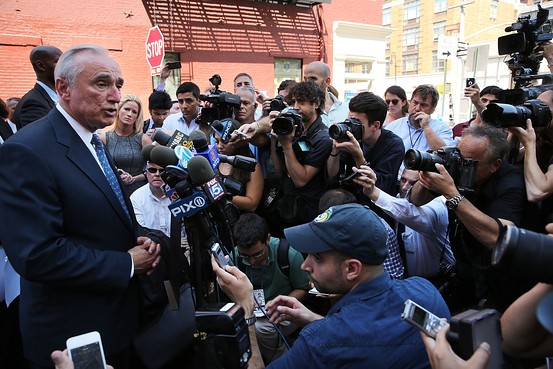 A two-year manhunt for an alleged California sex offender ended in a shootout in Manhattan’s bustling Greenwich Village on Monday, leaving two U.S. marshals and one police detective wounded and the suspect dead, authorities said.

The law-enforcement officials arrived at Smoking Culture, a smoke shop, after receiving information that 32-year-old Charles Mozdir was working there, authorities said.

Authorities have been searching for Mr. Mozdir since June 2012 when he missed a scheduled court appearance in San Diego on charges that included molesting a 7-year-old boy.

The nationwide hunt was dry until it was recently featured on CNN’s “The Hunt” with John Walsh, said Supervisor Deputy U.S. Marshal Steve Jurman. 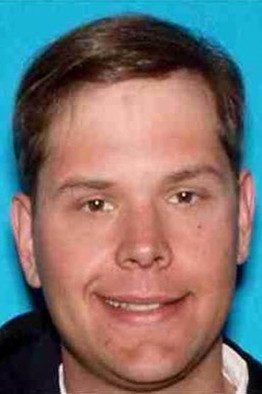 As authorities entered the small shop, the suspect pulled out a .32 caliber revolver and fired at the detective and three marshals, New York Police Department Commissioner William Bratton said.

“Immediately upon entering, a gunbattle ensued,” Mr. Bratton said, after visiting the officers at Bellevue Hospital.

The officers returned fire, killing Mr. Mozdir, officials said. The detective and the two marshals who were shot were listed in stable condition Monday night.

One of the marshals suffered a graze wound to elbow, the second suffered a gunshot wound to the buttocks, and the detective was struck in the abdomen, officials said. The detective, identified by police as 45-year-old Mario Muniz, is a 20-year member of the force.

Michael Palladino, president of the Detectives’ Endowment Association, the union that represents the detective, said one bullet entered an opening to the right of his bulletproof vest, striking his body.

Another bullet was stopped by the vest, police said. “Obviously the vest saved the officer,” Mr. Bratton said.

It was unclear how many shots Mr. Mozdir fired.

An NYPD spokesman said Mr. Mozdir was registered to carry a gun in California, but was carrying one illegally in New York.

At a press conference at the NYC Mayor’s Office Monday, NYPD Commissioner Bill Bratton detailed how a two-year manhunt for an alleged California sex offender ended in a shootout in Manhattan’s West Village earlier in the afternoon. Photo/Video: NYC Mayor’s Office

After he failed to appear in court on June 15, 2012, his bail was increased to $1 million and a warrant was issued for his arrest, Mr. Walker said.

A public defender was arranged to defend Mr. Mozdir, but the attorney wasn’t assigned to him when he failed to appear in court, a spokesman for the district attorney said.

Five days later, Mr. Mozdir’s vehicle was found abandoned off a road in Darien, Ga., a small coastal town between Savannah and Jacksonville, Fla., said Mr. Jurman. Attempts were made to camouflage the car in the brush, Mr. Jurman said, and its license plate was removed. 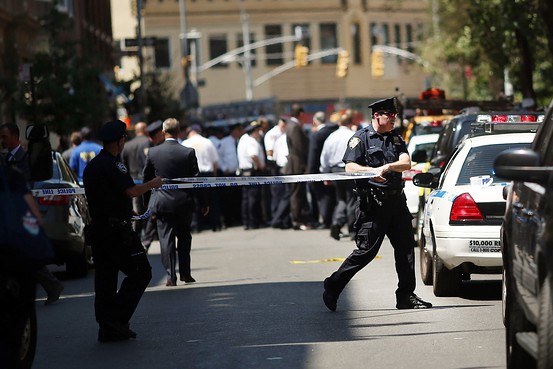 Police string tape across the scene.

“It appears he made a straight run across the country,” Mr. Jurman said.

Authorities said he owned at least one firearm and was possibly traveling with a black Labrador named Lucky.

The nationwide search produced 50 or more tips over the ensuing two years but none panned out until the CNN feature aired on July 20 and again on Sunday, Mr. Jurman said.

“It was absolutely critical. This case was cold over a year,” Mr. Jurman said. “We had exhausted all of our law-enforcement techniques.”

Since the airings, U.S. marshals stationed in San Diego received several tips about Mr. Mozdir’s whereabouts, leading them to the smoke shop in the busy neighborhood. 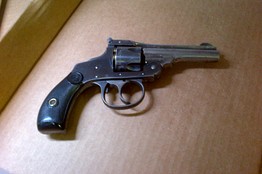 The NYPD detective on Monday entered the store in plain clothes and noticed Mr. Mozdir working alone behind the counter, officials said.

The detective went outside and informed the rest of the joint task force that Mr. Mozdir was inside.

Moments later, the three marshals and the detective, all wearing bulletproof vests, entered the shop and the gunbattle ensued, Mr. Bratton said.

Authorities were trying to determine how long Mr. Mozdir was in New York City.

West Village residents said they remember seeing Mr. Mozdir working at the shop and were stunned by the incident.

“I didn’t think something like that would happen in this area,” said Von Delvalle, 20, who was at a friend’s house nearby when he heard gunshots.