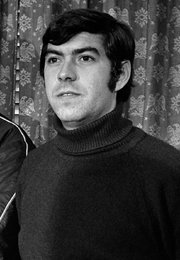 Douglas A. LeVien Jr., a former undercover police detective who in 1972 infiltrated the meeting ground used by New York’s five Mafia families, a landmark operation that produced scores of convictions, died on July 30 while vacationing in Saratoga, N.Y. He was 68.

The cause was a heart attack, his son Vincent Douglas LeVien said. Except for several months in the late 1970s when, under apparent threat of death from a high-ranking mobster, he was placed in the federal witness protection program, Detective LeVien lived in Brooklyn all his life.

An expert on organized crime who in a four-decade career worked with city, state and federal authorities, Detective LeVien — a French-Canadian name, pronounced luh-VYEN — was a 20-year veteran of the New York Police Department. Eight of those years were spent under cover.

“He’s disarming,” Edward A. McDonald, a former federal prosecutor who worked with Detective LeVien for years, said on Thursday, reflecting on his former colleague’s success as an undercover operative. “He didn’t come off like a tough guy, but he studied the people he was dealing with and knew what would be appealing to them and what they would be persuaded by.” 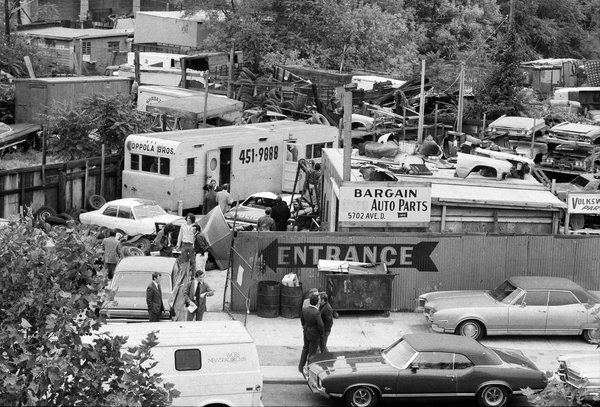 Among the biggest cases of Detective LeVien’s career was a 1972 sting centered on a junkyard in Canarsie, Brooklyn, that served as a meeting place for New York’s five organized crime families. Credit Barton Silverman/The New York Times

Mr. McDonald, who during the 1980s was chief of the federal Organized Crime Strike Force in Brooklyn, added: “He had incredible street sense. He grew up as a kid in the streets of Brooklyn and knew his way around.”

Detective LeVien’s most celebrated cases include the 1972 sting, called Operation Gold Bug, which centered on a Brooklyn junkyard trailer in which known Mafiosi planned a spate of crimes. He also played a two-year role as a drug-dealing millionaire in an operation that snared Enzo Napoli, a representative of the Sicilian Mafia who served the Gambino and Lucchese crime families.

In later years, his investigative work aided prosecutions in the Abscam federal corruption trials, the fatal Howard Beach racial attack of 1986 and the “Mafia Cops” case of the 2000s, in which two former New York police detectives, Louis J. Eppolito and Stephen Caracappa, were convicted of crimes, including murder, committed while in the pay of the Lucchese family.

During Detective LeVien’s time under cover, his life was a web of identities assumed and identities discarded, with an array of passports and driver’s licenses to match. His work encompassed seedy motel rooms and million-dollar yachts; diamonds, stolen artworks and kilos of heroin and cocaine; and long, painstaking efforts to penetrate a famously clannish brotherhood.

“When you’re dealing with organized crime,” he told Police magazine in 1980, “most of them, if they don’t know your mother and your grandmother, they’re not gonna talk to you. You have to try to break that insulation. It’s not impossible, but it is extremely hard. It has to be done with a lot of thought.”

Beneath all that thought ran a relentless undertow: the chronic fear of being “made” — of having someone tumble to his true identity. At least once while under cover, Detective LeVien submitted to a beating so as not to reveal himself.

“As soon as the guy thinks you’re a cop, it’s just like him knowing you’re a cop,” he said in the same interview. “If he’s suspicious, he’s gonna ask you who’s your mother and who’s your grandmother. And that test you’ll never pass. Then you’re dead.”

Only at his father’s wake on Tuesday, Vincent LeVien said, did he learn that Detective LeVien was known to law-enforcement colleagues in his years under cover by the code name Canary — as in the canary in the mine shaft.

Douglas Alexander LeVien Jr. was born in Brooklyn on May 27, 1947, and reared in the Prospect Heights neighborhood. His father was a security guard; his mother had been a cloistered nun in Montreal before leaving her order and marrying.

As a youth, he ran with the Hilltoppers, a local street gang.

“I was always on the wrong side of the fence,” Detective LeVien told The New York Times in 1972. “I never did anything that serious, or mugging or stealing. We drank beer and fought the nearby gangs.”

After graduating from John Jay High School in 1965, he enlisted in the Marines, and that, he said, straightened him out fast. He served as a radio operator in Vietnam, where he saw combat.

That year, Detective LeVien was conscripted for Operation Gold Bug, a yearlong investigation involving Bargain Auto Parts, a junkyard in the Canarsie section of Brooklyn. The operation was named for Eugene Gold, the Brooklyn district attorney at the time, and for the listening device that the authorities planted in the junkyard trailer that served as a de facto Mafia boardroom.

The sting, which included six months of audio and video surveillance, was of a scope never before attempted.

“The Gold Bug was a marquee investigation,” Charles J. Hynes, the Brooklyn district attorney from 1990 to 2013, said in a telephone interview on Wednesday. “It was the first time a bug was actually planted in a mobster’s office.”

He added, “It was a breakthrough for local law enforcement, and it would be followed by dramatic investigations by the F.B.I. and the U.S. attorney.”

Holding court in the trailer was Paul Vario, a powerful member of the Lucchese family (and the model for Paul Sorvino’s character in the 1990 film “Goodfellas”). Members of all five families were seen entering and leaving the premises, said Mr. Hynes, who at the time worked under Mr. Gold as chief of the Brooklyn rackets bureau.

Mr. Vario hoped to infiltrate the Brooklyn district attorney’s office. In cultivating him, Detective LeVien presented himself as exactly what he was: a detective attached to that office. But, wearing a wire, he also presented himself as a cop on the take, hungry for bribes.

It took time for him to ingratiate himself, but after Detective LeVien had made some 30 visits to the trailer, Mr. Vario offered him $1,000 to supply the name of a confidential informer used by the district attorney.

In October 1972, just before Detective LeVien would have had to deliver that information, 1,200 police officers fanned out across the metropolitan area, serving more than 600 subpoenas on accused mob associates and some 100 fellow police officers believed to be in their pay.

The operation, which made headlines nationwide, including on the front page of The Times, resulted in about 100 convictions, Mr. Vario’s among them, on charges including extortion, bribery, hijacking, loan sharking and insurance fraud, Mr. Hynes said — “the whole menu of organized crime.”

For Detective LeVien, the relentless imperative to think six moves ahead, the labyrinth of shifting identities and the constant looking over his shoulder inevitably took a toll over time.

“I think he struggled with the psychological effects,” Vincent LeVien said on Wednesday. “He had bouts with drinking; he was a recovering alcoholic.”

Detective LeVien’s first marriage, to Barbara Soranno, ended in divorce; his second wife, the former Lorraine Mulay, died in 2006. Besides his son Vincent, survivors include another son, Douglas III; a sister, Ethel Markey; and two grandchildren.

After retiring from the Police Department in 1990, Detective LeVien was the executive assistant to Mr. Hynes for nearly a quarter-century. He was the author of “The Mafia Handbook: Everything You Always Wanted to Know About the Mob … but Were Really Afraid to Ask” (1993), with Juliet Papa.

One of Detective LeVien’s most memorable acts of ingratiation came during Operation Gold Bug. It combined his characteristic psychological acumen with a bit of graphic roguery.

Wanting to curry favor with Mr. Vario, Detective LeVien procured an authentic list of men recently arrested in a Brooklyn craps game. As The Times reported in 1972, members of the district attorney’s staff had given the list an added, inscrutable allure by scrawling nonsensical arrows, exclamation points and asterisks alongside the names.

With what can safely be assumed to have been a straight face, Detective LeVien showed the list to Mr. Vario.

“Sure,” Mr. Vario was recorded as saying, sagely. “I see the significance of this.”